Can Getting Tattoos Improve Your Immune System? 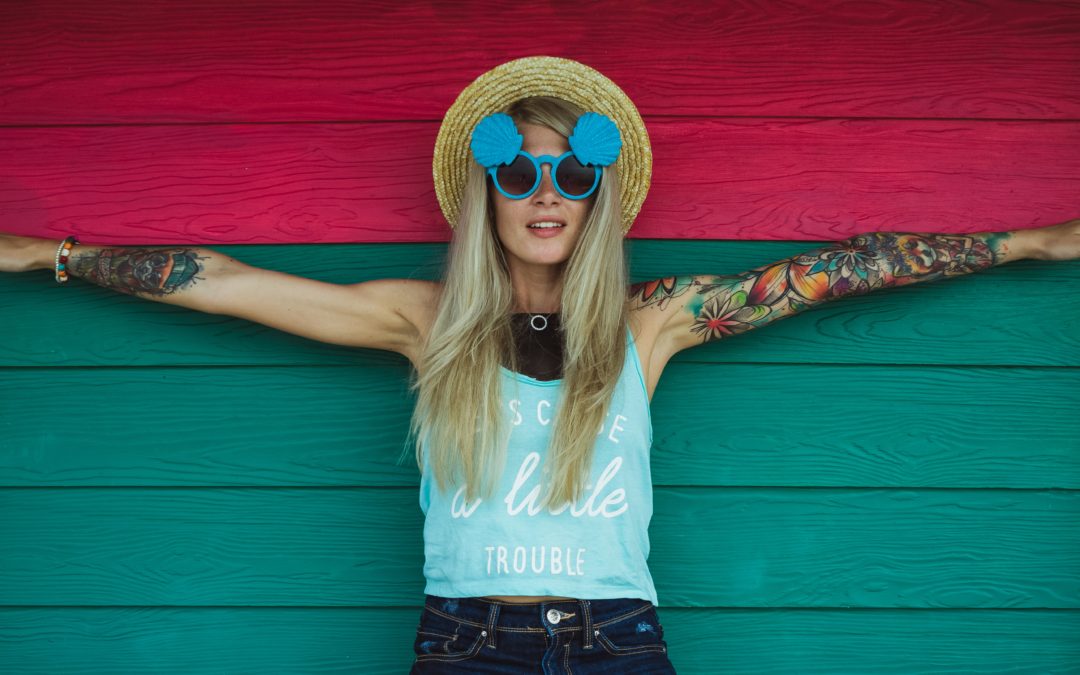 Are you looking for a solid reason to get a new tattoo? Then there is no better reason than arguing that tattoos can actually strengthen your immune system.

There has been a lot of rumors over the years about tattoos and their ability to strengthen the immune system. Some say the prolonged stress on the body caused by getting tattoos provokes an internal response that can improve the immune system over time. Others claim that getting tattoos can subject the body to contaminants that can increase the likelihood of infection and illness.

There have been a number of studies and videos claiming both and a video posted by UNILAD has created a recent stir in the community by stating that tattoos, in fact, have the ability to help the immune system grow stronger.

Apparently, having multiple tattoos can keep you healthy…

This is based on the idea that getting a tattoo for the first time will temporarily weaken the immune system and then the body will return to equilibrium. But after getting multiple tattoos the internal set point for the immune systems moves higher instead of staying the same. The analogy of going to the gym for the first time can be applied here. Lifting weights tear your muscles and temporarily makes you feel sore and weak. But as you continue to work out the muscles repair themselves and grow stronger making you more resilient to soreness.

This also brings up the interesting fact that humans have been getting tattoos for a very long time. Thousands of years actually. And they have ornamented the human body for a number of reasons. Some of the earliest cultures to tattoo themselves believed that tattoos could ward off evil spirits, protect from misfortune, and prevent ailments. Were they onto something? Did the ancient tattoo masters somehow understand that continual tattooing could benefit certain internal biological processes?

Researchers from the University of Alabama conducted a study called, Tattooing to “Toughen up”: Tattoo experience and secretory immunoglobulin A, in which they explain that “Tattooing may stimulate the immune system in a manner similar to a vaccination to be less susceptible to future pathogenic infiltration. Tattoos may not literally harden or protect a body, but they may signal underlying immunological and genetic quality.”

The study involved 29 volunteers (24 women and 5 men) and a tattoo shop to see if this having multiple tattoos do indeed make the immune system stronger. Some of the volunteers had no pre-existing tattoos while another group had multiple pieces of body art.

The researchers sought to test for levels of immunoglobulin A (an antibody that helps our body fight infections) and Cortisol (a steroid hormone released in humans as a stress response) in the volunteer’s saliva before and after the tattoos. They tested for these to try and measure changes in the body’s immune system functions before and after the tattoos in both groups.

The researchers discovered that those who had received a tattoo for the first time in the experiment had a significant drop in immunoglobulin A due to a rise in cortisol levels. As for those that had multiple, pre-existing tattoos they experienced a much smaller drop in immunoglobulin A. According to the team, this suggests that the body had strengthened its immunological response in those who had their second, third, and twentieth tattoo.

This appears to build evidence for the argument that multiple tattoos can improve the immune system and reinforce the researcher’s hypothesis.

But as ScienceAlert points out in their article on the matter, “Though the team’s findings make logical sense, it’s important to point out that the study was only conducted with 24 women and 5 men, a sample size that’s large enough to suggest that something is going on here, but small enough to warrant further study to confirm that.”

One of the authors of the findings also said, “Our data suggest that the body habituates over time to the tattooing stressor. It is possible that individuals with healthy immune systems heal faster, making them more likely to get multiple tattoos.”

In other words, this suggests that some people may be predisposed to a strong immune system, which allows them to resist the bodily stresses of tattoos more effectively and get them over and over again.

From the evidence found in this study it appears that multiple tattoos can improve immune system functions, but there is still more evidence needed on a larger test group to argue that tattoos will make you more resilient to illness.

Of course, this is all based on the idea that the tattooing is done in a clean, sterile environment. We can’t discuss the potential health benefits of getting tattoos if they are not held to the highest sanitization standards.

It’s also important to understand how tattoos actually work in order to see why they might improve your immune system. The epidermis is the outer layer of skin which is constantly shedding and being replaced with new skin cells. The ink of a tattoo is actually injected by a needle on the tattoo gun about a millimeter deeper into the dermis. This layer lies under the epidermis and is considered the true skin that contains nerve endings, hair follicles, sweat glands, and more. With up to 3,000 needle pokes per minute, each jab pierces the epidermis and leaves a small amount of ink behind in the dermis to produce the pigments.

So when you look at a tattoo it is actually inside the skin slightly beneath the surface.

The body recognizes the prolonged strain on the skin as well as the foreign ink particles, which causes the temporary weakening of the immune system after a tattoo.

While it is not so cut and dry that having multiple tattoos will indeed improve the functions of the immune system, evidence contends that it is possible. And although you can’t claim to get tattoos in hopes of fending off the common cold just yet, it can add the repertoire of potential reasons to get a new tattoo.

Want more information on how the International Guesthouse tattoo shop can work with you on your next tattoo? Please reach out to us for a free consultation.